Through history we learn that man started advancing upon the discovery of fire. Fire was used for many things including illuminating dark areas for man. Man being man, instead of lighting our homes with smoldering smoky chunks of woods we had to find a simpler and more efficient way of lighting our homes. Hence the discovery of other alternatives including the candle.

Candles have been in existence for many years and this can be supported by Hanukkah, the Jewish Festival of lights which centers on the lighting of candles, dates back to 165 B.C. Also it is believed that the Bible refers to candles when it mentions lamps.

The Ancient Egyptians are credited for the earliest use of candles. They would soak the pithy core of reeds in melted animal fat to make rushlights. They are referred to as rushlights as they did not have wicks like today’s candles do.

The Ancient Romans are credited with developing the true wicked candle by dipping rolled papyrus repeatedly in melted tallow or beeswax. However, other civilizations found a way of incorporating candles in their lives. Historians have found evidence that many civilizations developed wicked candles by using wax made from plants and insects. For instance In Japan candles were made of wax extract from tree nuts, in India candles wax was made by boiling the fruits of the cinnamon tree.

In 1834 Joseph Morgan patented a machine that revolutionized candle making. This machine produced 1,500 candles per hour.

In 1850s Jame Young succeeded in distilling paraffin wax from coal and oil shales. This was a better alternative from tallow because it was cheaper, burnt cleanly and left no unpleasant smell.

Decline of candle use

Despite the advances in candle making the candle industry declined rapidly with the invention of superior lighting methods such as the incandescent light bulb in 1879.

After the invention of the incandescent light bulb candles came to be marketed as decorative items. They were modified so as to compete with other decorative items by adding scent, color, various designs and also personalizing the candles. Today candles are mostly used for their aesthetic value and scent. 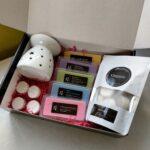 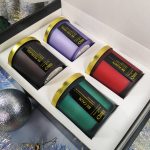 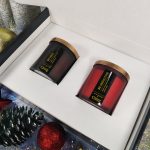 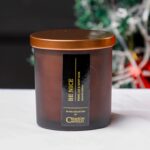